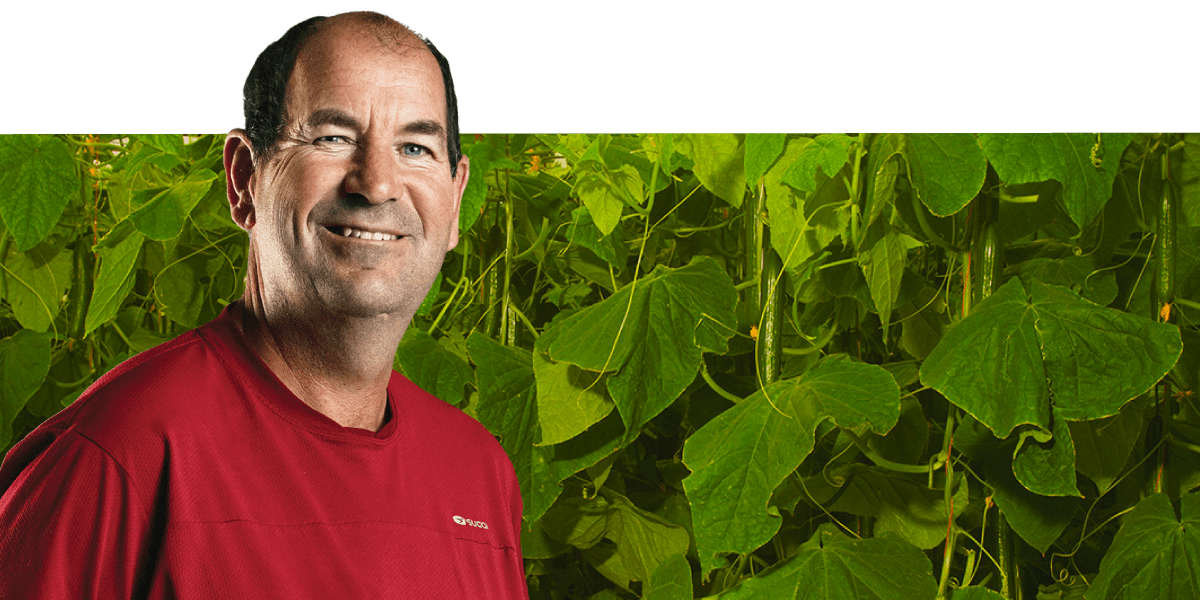 Rob’s dad came from western Holland, a country that has been a major greenhouse center for hundreds of years. Since 1989, Rob has farmed with his brother Ralph in the greenhouse started by their dad.

Their operation has expanded numerous times and produces crunchy, dark green Cucumbers and Tomatoes on the Vine. The greenhouse life agrees with him and he enjoys working with his brother. He learns new things every year, from systems that monitor greenhouse plantings to tips and tricks from other growers.

Rob and Ralph market their flavourful produce through the RedHat Co-operative, as it allows them more time to focus on production, with the peace of mind that their produce is being brought to the customer in the freshest way possible.