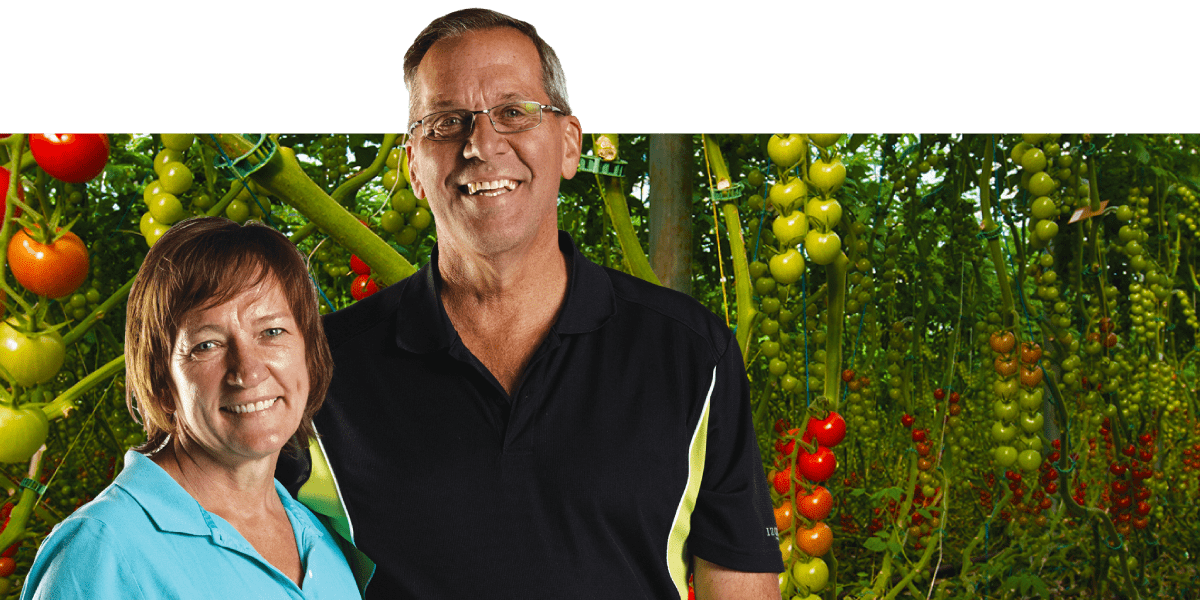 Harry’s great-grandfather was from Holland, and his grandfather and father were two of the original ten founders of the RedHat Co-operative. A fourth-generation greenhouse grower, Harry grows tomatoes on the vine, grape tomatoes, cherry tomatoes and cucumbers. Harry gets the most out of his greenhouse by putting the most into it. His advice to growing the best produce is to “try your best.”

Harry found value in watching his kids grow alongside his greenhouse business, and being able to spend more time with them. Now that his children are grown up, Harry is excited to pass the business onto them, and allow them the same family lifestyle that he enjoyed.

Membership in the RedHat Co-operative has meant that Harry can focus on growing, with the peace of mind that his produce is being brought to the customer in the freshest possible way.